The sport of bodybuilding was growing and so was my love for it. Lifting was no longer a way to reshape my physique and strengthen my mind; it was becoming a way of life. A passion that ran deep. Getting up at 4am every morning to eat an hour before heading to the gym was the daily routine. Protein, carbs and caffeine got me going for my 5×5 routine. I was squatting three times a week. That’s why I considered a weightlifting shoe. I feel if you’re going to do something you have to do it right.

There’s a shoe for every occasion. Strength training is no different. Ideally squats should be done in a flat soled shoe. Something like Chuck Taylor’s lets you fully ground your feet. For a while I was squatting and lifting in something similar. The version I had was a bright red pair of Puma Benecio Canvas. It wasn’t a terrible shoe. It was flat, stable and could be laced tight enough to provide the right amount of support. They just ran their course. Unfortunately when I went to get another pair I found out they were discontinued which is what led to me researching a weightlifting shoe that would best fit, pun intended.

Why consider a weightlifting shoe?

I began to consider a weightlifting shoe on the premise that I would begin to take my training to the next level. I had reached a squat of 315lbs and wanted to continue my progression. One main problem I started to notice was that my foot began to start slipping in my other shoes and I felt that I was losing strength in fighting for stabilization.

One could argue that this was due to weak glutes and potentially some underactive abductor muscles. As well as a lack of mobility in my ankle. In retrospect you’d be correct. It was a bit of those things. However I’m the type of person that has to have the tools for the job so a weightlifting shoe was going to be the answer as they’re designed to increase ankle mobility.

I didn’t just jump into any weightlifting shoes. I did my research. I read what others had written about them. I looked at what athletes in weightlifting, powerlifting and strength training were wearing. I began to wonder why were they wearing these? Where did they come from? What benefits would I gain? All the questions I began to ask. It turned out a weightlifting shoe actually gave the athlete a slight advantage.

The evolution of a weightlifting shoe

Marxist philosopher Engels, noticed the balance in nature between form and function. That same balance is critical in sport and athletic footwear. Athlete’s shoes, their design and functionality vary based on whatever sport they play. Therefore, it shouldn’t be surprising that a shoe for weightlifting exists. The weightlifting shoe has evolved over the years as has the evolution of weightlifting techniques.

The weightlifting shoe came about based on how a weightlifter would set up to complete a lift and move their body under the barbell. Initially international weightlifting competitions existed of 5 lifts but were later reduced to 3. One for power and two for speed. Those lifts were the press, snatch and clean and jerk. It was the two speed lifts that started to shape what an athletes footwear would be like.

In order to lift heavier weights athletes figured out that the faster they got under the bar and the lower they were able to get meant they had less of a distance to travel. Original techniques consisted of different foot placements. With these techniques boxing shoes or sneakers were good enough. It wasn’t until weightlifters figured out that they could get even lower under the bar by significantly pushing the front shin forward which would cause flexion in the ankle. However it was hard to keep the foot flat on the floor with this new technique. In comes the heeled shoe.

Benefits of a weightlifting shoe

As stated previously the balance between form and function is what’s necessary in a weightlifting shoe. They’ve been designed for the sole purpose of improving mobility, increasing stability and enhancing lifts. Their main benefit is flat out increased performance. When you wear a weightlifting shoe you increase the height of your ankle slightly which allows for greater mobility. The increased mobility allows for greater flexion of the ankle and a further forward lean in the shins. Thus enabling a lifter to gain greater depth underneath the barbell.

What to look for in a weightlifting shoe

When you set out to grab a pair of weightlifting shoes it might get a little confusing. Even though they are simple in design they are quite complex. You’ll want to consider a few things. The main decision making factors are going to be heel heights, straps/ tightening, heel material and lacing.

A good weightlifting shoe has an upper boot that is typically a little higher allowing for me stability in the ankle area, at least one strap or some sort of tightening mechanism, more room in the toes, a slightly elevated heel around ¾’s of an inch and stiff heels made from wood, EVA or leather.

Your body’s makeup will come into play when choosing the right heel height though. The average heel height is about ¾’s of an inch. This is okay for most but might need to be increased or decreased if you have a long or short torso. Taller heels will however increase the range of motion in the ankles.

Securing mechanisms using come in the form of a strap or two with typical laces but a more modern version of a weightlifting shoe might incorporate BOA technology. BOA is a securing mechanism that allows you to dial in on the exact tightness of the shoe. It’s a little dial you turn to increase the tightness of the cable. A standard single strap shoe will suffice though.

Heels come in a variety of materials. The basic element you’re looking for is stiffness. You don’t want them to have any give whatsoever. That’s the whole point of the shoe, increased stability. The standard variety is a form of EVA or extremely hard plastic. There are other options like wood or stacked leather. It’s all preference really as they initially do the same thing.

If you buy a weightlifting shoe just make sure it’s gonna be stable and secure, that’s it honestly. Why the Adipower weightlifting shoe?

As a loyal Adidas fan I must admit I bought the Adipower out of pure vanity and personal brand preference. They are the OG’s of weightlifting shoes anyhow. There were a few other shoes on the market at the time like the Nike Romaleos but I couldn’t be swayed by their neon green. I wanted another pair of red shoes. I also figured that since a lot of Olympic Weightlifters wore them they probably didn’t suck. What I did find was that they were highly recommended and for the most part others who had purchased them were happy.

The Adipower was a very sturdy shoe. I never had any issues with them while training nor did I ever worry about my foot slipping or not being stable enough. The sole was a grippy rubber and the wedge was made out of a very hard plastic. The upper was a 100% leather that had typical laces and a strap across the top of the foot for additional support. All in all it was a high quality weightlifting shoe.

I used them for several years making sure to take good care of them. They were never worn outside of the gym. Carried in a bag from the car to the training grounds and put back into my gym bag once all my lifting was complete.

When wearing the Adipower weightlifting shoe I gained mobility in my ankles and was able to get lower with my squats. That slight wedge made it so my tight calves could be stretched. In retrospect I really should have worked on my flexibility as that was the main issue. But these shoes did help out a lot. I worked up from 315lbs to 405lbs where I eventually plateaued.

I did use my Adipower for lifts other than the squat. At the time I kept them on for my full day’s worth of training except for deadlifts. However I was also incorporating olympic style lifts into my routine since my gym buddy was an Oly lifter. The shoes naturally helped a lot in the basic olympic lifts.

They lasted for years and stayed in excellent condition due to my utmost care. When I hung up my gym bag for an extended period of time I did end up reselling the shoes for more than half of their original value. It was good to see they held on strong. If I was in the position to purchase another weightlifting shoe I probably would go back to them even though there are significantly more on the market now. My experience was great. I got what I expected out of the shoe and do see a real value in having them. However this time around flexibility and mobility would come first.

Fitness is a journey through mountains and plains. It’s all about discovering new knowledge, applying that knowledge and kicking some ass in the gym. My experience with a weightlifting shoe was above and beyond what I expected. Truthfully they really did give me that slight advantage I was looking for. If I was as serious now as I was then I would certainly purchase another pair.

Always stay true to form and lift with intensity. Make every rep count. If you’re interested in online training or a personal consultation feel free to contact me.

Heal those sore muscles faster with CBD. The natural anti-inflammatory properties of CBD are the perfect aid to recovery. 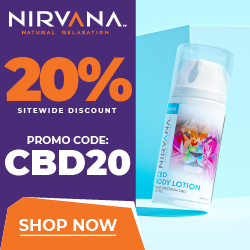